Ansat to get Austrian medical modules

The Russian Helicopters Holding Company (part of Rostec State Corporation) and an Austrian company Air Ambulance Technology signed a cooperation agreement. The parties agreed on joint development and Russian certification of the medical module which may be installed on Ansat helicopters. 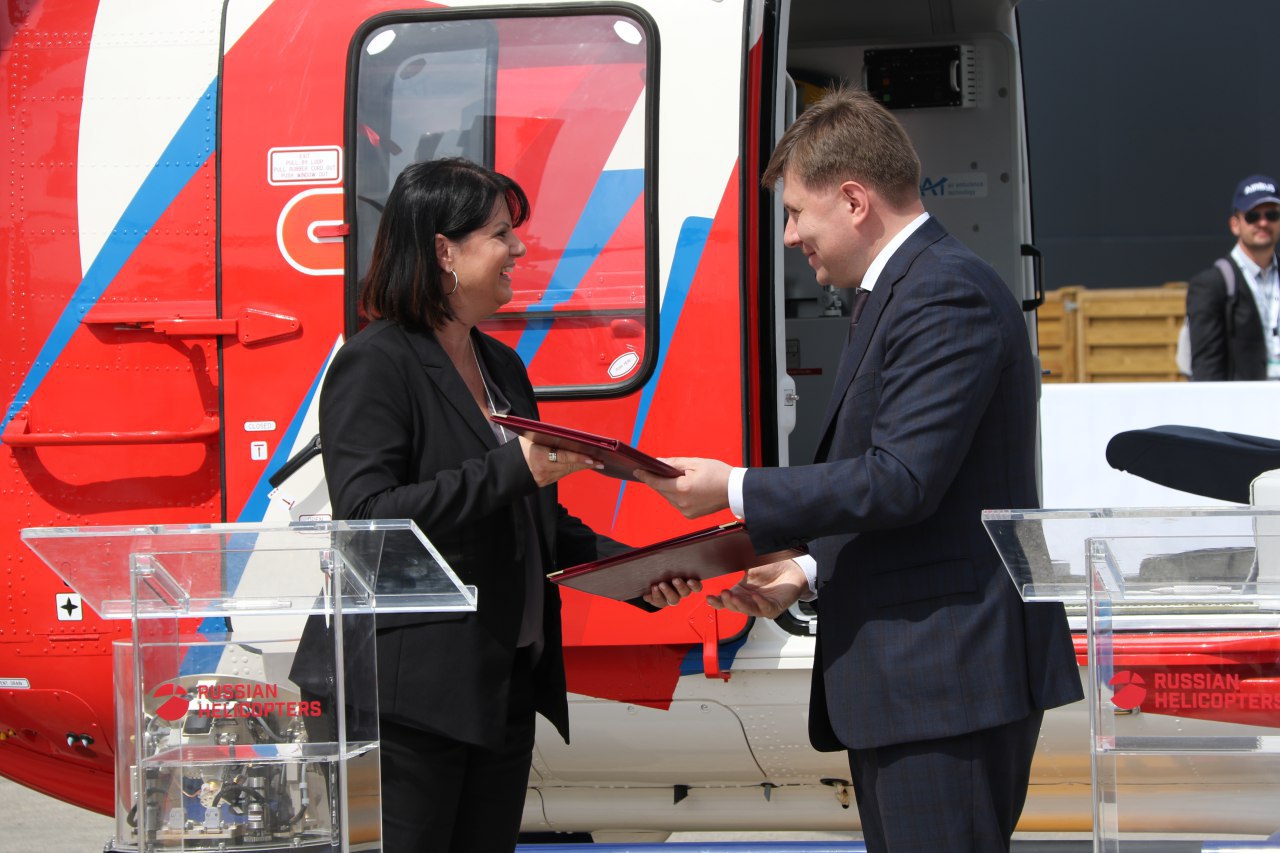 «We are pleased to announce the start of cooperation with Air Ambulance Technology and we hope that this will be long-term and fruitful work. Creation of the new medical module which meets international standards for medical aviation will allow the holding company to expand the pool of potential customers, including European companies. We expect that installation of such equipment will help Ansat get a certificate of the European Union Aviation Safety Agency», said Director General of Russian Helicopters Andrey Boginsky after the ceremony to mark signing of the agreement.

The light multi-purpose helicopter Ansat, which has the largest cabin within its class, is actively used by the Russian air medical services. This twin-engine helicopter is compact, and it does not require a large landing area. It can also be used for passenger and VIP transport, cargo delivery and environmental monitoring. High-altitude tests of Ansat have been successfully completed, which confirmed the possibility of its operation in mountainous terrain at altitudes up to 3,500 meters. The helicopter can be operated in a temperature range between -45 and +50 degrees Celsius. The possibility of keeping the helicopter out of the hangar and low cost of operation are its significant advantages.

JSC Russian Helicopters (part of Rostec State Corporation) is one of the world leaders in helicopter industry, the only developer and manufacturer of helicopters in Russia. The holding company was established in 2007. The head office is located in Moscow. The holding company is comprised of five helicopter plants, two design bureaus, enterprises for production and maintenance of components, aircraft repair plants and a service company providing after-sales support in Russia and abroad. The buyers of the holding company's products include the Ministry of Defense of Russia, the Ministry of Internal Affairs of Russia, EMERCOM of Russia, and other state customers, Gazprom Avia and UTair airlines, as well as major Russian and foreign companies.

Rostec is a Russian State Corporation established in 2007 to promote the development, production and export of high-tech industrial products designed for civil and military applications. The Corporation comprises over 700 organizations that are currently part of eleven holding companies operating in the military-industrial complex and three holding companies working in civilian industry, as well as over 80 directly managed organizations. Rostec's portfolio includes well-known brands such as AVTOVAZ, KAMAZ, Kalashnikov Concern, Russian Helicopters, VSMPO AVISMA, UralVagonZavod, etc. Rostec companies are located in 60 constituent entities of the Russian Federation and supply products to more than 100 countries. The consolidated revenue of Rostec in 2017 amounted to RUB 1 trillion 589 billion rubles, while the consolidated net income and EBITDA amounted to 121 and 305 billion rubles, correspondingly. In 2017 the average salary in the Corporation was 46.8 thousand rubles. According to Rostec's strategy, the main objective of the Corporation is to ensure that Russia has a technological advantage in highly competitive global markets. Rostec's key objectives include the introduction of a new techno-economic paradigm and digitalization of Russian economy.